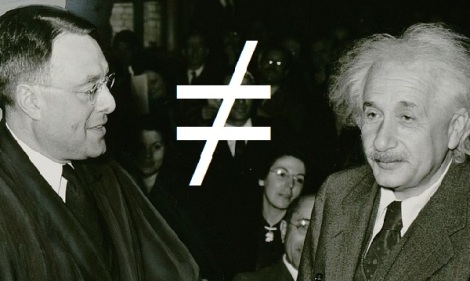 As the story goes, civil restraining orders are awarded to plaintiffs who demonstrate by a “preponderance of the evidence” that they need one. According to this story, a judge determines by actuarial science that there’s a 51% or greater probability that the petitioner’s need is valid, that is, that s/he’s representing some facts and his or her feelings about them more sincerely than not and that those facts and feelings fall into some legal definition of trespass (that’s typically as voluminous as interstellar space).

So concludes Harvard Law Prof. Louis Kaplow (who actually does the math).

The important thing is that the process sounds just.

Note: Restraining order judges rule with mallets—and no subtler instruments. While they may be formulaic, their opinions (and they’re not called “opinions” for nothing) aren’t arrived at by the application of algebra. The phrase preponderance of the evidence is a rhetorical affectation used to lend those opinions an air of gravitas…because “I reckon” sounds a little squishy.

The suggestion that they’re the products of painstaking moral computation is supposed to make rulings sound dignified and conclusive. It’s not important that the defendants in what may be 10-minute “hearings” aren’t fooled.

It’s only important that everybody else is.

*The reader who retorts that judges rule with their minds—and their minds are subtler instruments than mallets—has never actually been before one in a restraining order “trial.”

2 responses to ““I Reckon”: The Standard of Proof Applied by Judges in Restraining Order Cases”